If Not Now, When? A Call to Action on Immigration for California Philanthropy

Home > If Not Now, When? A Call to Action on Immigration for California Philanthropy
Friday, January 12, 2018

Since early 2017, the Trump Administration has issued a series of executive actions—from the travel ban to ramped-up enforcement—aimed at curtailing both authorized and unauthorized immigration; weakening protections for asylum seekers, including unaccompanied children; and reducing our longstanding commitment to refugee protection and resettlement. Most recently, the administration terminated Deferred Action for Childhood Arrivals (DACA), stripping nearly 800,000 individuals, including 223,000 Californians, of work authorization and protection from deportation.

These policies are having a far-reaching impact in California, where one in four Californians is an immigrant; one out of every two children in our state has at least one immigrant parent; and the vast majority of foreign-born Californians live in families whose members have different immigration statuses. Escalating anti-immigrant vitriol and heightened criminalization of immigrants have also fueled uncertainty and fear among residents across our state.

Since November 2016, the undersigned foundations have come together at the CEO and staff levels to discuss funding needs and coordinate strategies to defend and protect the rights of immigrants in California. Collectively, we have deployed more than $40 million* in new funding across the state to support a range of rapid-response efforts. Seventy percent of the grants went to support specific projects, while 27 percent were for general support. Reflecting community needs, grants to support legal services and Know Your Rights education, received the largest share of funding (49 percent combined). Our grants had wide geographic reach, but certain regions clearly need more resources given the size of their immigrant population, limited service capacity, and/or region-specific challenges. 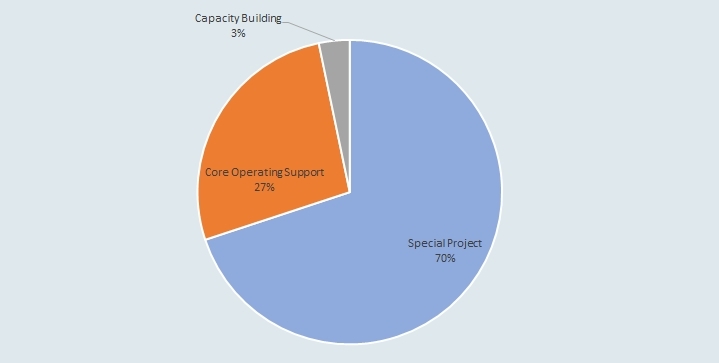 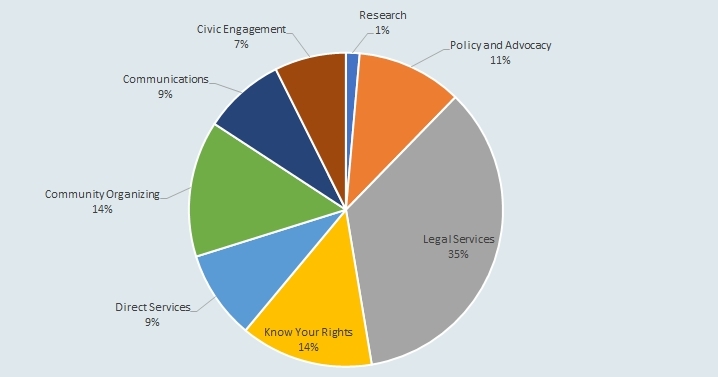 While the infusion of resources from our foundations, other philanthropies, as well as the public sector has helped address immediate crises, our analysis finds insufficient long-term capacity among immigrant-serving organizations across the state, including persistent funding gaps in regions such as the Inland Valley, the Central Valley, the Central Coast, and San Diego and Imperial counties, among others. Unrelenting attacks on immigrants and refugees will only exacerbate these needs and gaps and will require support from a broader cross section of philanthropy. 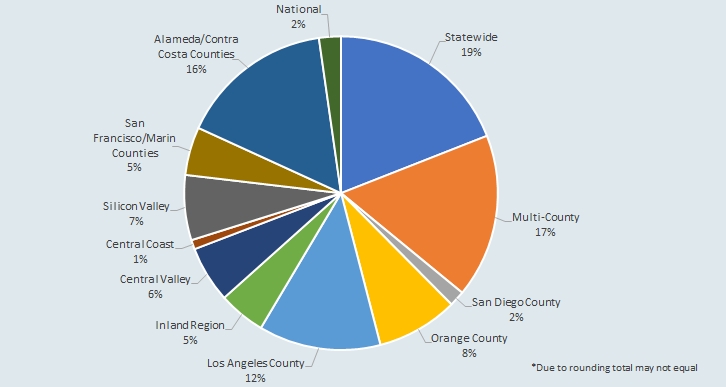 What you can do

As the state with the largest foreign-born population in the country, we cannot afford to stand on the sidelines. Our immigrant and refugee friends, neighbors, co-workers, and community leaders are part of our state’s identity, and their continued contributions are essential in maintaining a strong economic, civic, and cultural fabric.

Despite an increasingly dynamic, complex, and urgent context, we need to expand our leadership as California funders. We need to understand the implications of changing federal immigration policies on each of our areas of giving. And, we need to address pressing human needs and support long-term strategies that will ultimately improve the lives of all Californians. The success of our grantmaking—and the future of our state—depend on it.

Grantmakers Concerned with Immigrants and Refugees (GCIR) seeks a vice president of programs to join a dynamic team working to inform, connect, and catalyze philanthropic organizations across the United States.

As an organization dedicated to advancing justice and equity for all, we at GCIR are appalled at the insurrection, violence, and rioting we witnessed earlier this week, which were direct consequences of the divisive rhetoric and oppressive policies promulgated by Trump and his enablers over the past four years.

On December 21, 2020, the Presidents’ Alliance and TheDream.US sent a letter to the incoming administration with their top recommendations to improve and expand DACA.