Preparing for the DACA Decision: What Can Philanthropy Do?

Home > Preparing for the DACA Decision: What Can Philanthropy Do? 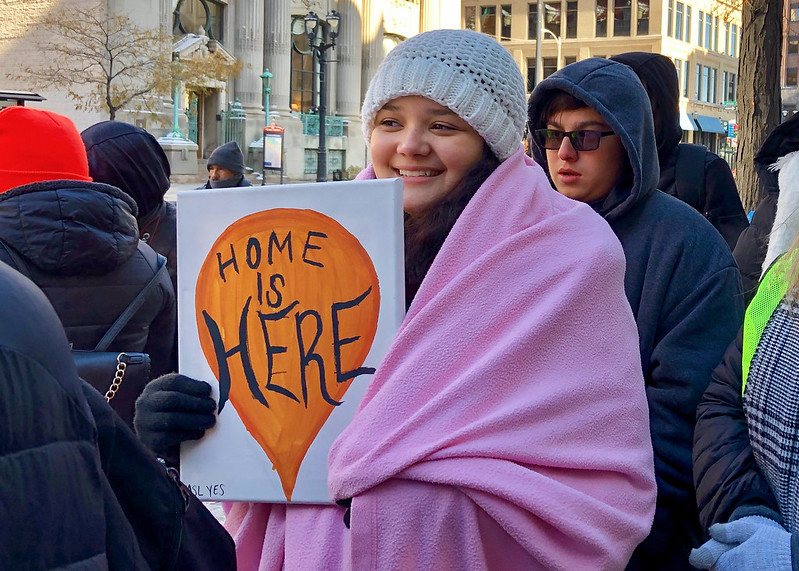 When:
Thursday, April 23, 2020 -
Where:
Webinar
Register for Details
Registration:

A Supreme Court decision, anticipated between now and the end of June, will determine the fate of the Deferred Action for Childhood Arrivals (DACA) program. While pollsters report that 84% of Americans support DACA across the political spectrum, there is deep concern that repeated blows to our immigration system has desensitized us all to the impact of these decisions. The end of DACA, which advocates are bracing for, will have devastating ripple effects across our communities nationwide, as a legislative solution such as a DREAM Act has yet to be realized.

In September 2017, the Trump Administration announced the termination of the DACA program which provided nearly 800,000 immigrants with the opportunity to live, work, and thrive in their communities without fear of deportation since 2012. DACA’s cancellation will upend the lives of DACAmented immigrants and their families and reaches into many diverse communities, including the least-visible in the Asian American Pacific Islander (AAPI), Black, and LGBTQ immigrant community.  In January 2020, ICE acknowledged re-opening previously closed DACA cases to advance removal proceedings and announced that having DACA will not prevent ICE from going through the removal process and effectuating the removal orders if the Supreme Court sides with the administration.

Since the 2017 announcement, valiant litigation, organizing, and communications efforts by immigration advocates, community leaders and DACAmented immigrants to keep the program alive have resulted in DACA-holders being able to remain in the program and renew their 2-year status, although new applications have not been permitted since the termination was announced. How is our community preparing for the possible DACA termination in the face of the devastating human harm and weighty consequences that this decision will carry?

We invite you to join us for a webinar program co-hosted by the Four Freedoms Fund and Grantmakers Concerned with Immigrants and Refugees. We will learn more about efforts underway to mitigate the harm to our communities should Deferred Action for Childhood Arrivals (DACA) be terminated and how we must galvanize our philanthropic community to advance an immigrant inclusive vision for our country. With so much at stake and the historic and steadfast commitment of philanthropy to achieve, implement, and protect DACA, we call on our community to collectively stay committed to this fight and the movement it represents.

Materials: Preparing for the DACA Decision: What Can Philanthropy Do?

Find all program-related materials for the webinar, "Preparing for the DACA Decision: What Can Philanthropy Do?" here, including recording and a DACA Response Initative by Four Freedoms Fund.