Collaboration will be supported by a grant from Pivotal Ventures, a Melinda French Gates company

NEW YORK: Upwardly Global—a leading workforce development organization focused on connecting immigrants and refugees to skill-aligned employment—is teaming up with Grantmakers Concerned with Immigrant Refugees (GCIR)—the nation’s philanthropy-mobilizing organization focused on advancing immigrant and refugee justice—to address and dismantle systemic barriers that immigrant women of color face to economic security. The partnership is made possible due to a grant from Pivotal Ventures, and directly aligns with their goal of advancing social progress for women and families in the United States.

“We know that immigrant women and, in particular, immigrant women of color, face the most extensive barriers to workforce re-entry and economic mobility in the U.S. These barriers include employer discrimination, social isolation, limited access to services, time poverty, and sexual harassment. As a result, immigrant women of color are far more likely than their white counterparts to be unemployed or underemployed,” said Jina Krause-Vilmar, President & CEO of Upwardly Global. “We are partnering with GCIR and Pivotal Ventures to address these barriers, expand their power and influence, and ultimately strengthen our communities.”

Working collaboratively over the next three years, GCIR and Upwardly Global will work to build economic inclusion and social power across class, industry and geography for immigrant and refugee women of color through movement building, skilling, and investing in mutual aid networks and worker cooperatives. Upwardly Global will leverage its network of 150+ employer partners to engage the private sector, while GCIR will mobilize its network of 140+ local, state, and national funders to invest in this population.

“At GCIR, we envision a society in which everyone thrives no matter where they were born. We are proud to partner with Upwardly Global and Pivotal Ventures to move money and power for immigrant and refugee women and girls of color historically marginalized and excluded from philanthropic investment,” said Marissa Tirona, President of GCIR. “In particular, we will shine a spotlight on those disproportionately impacted by the wealth and wage gaps, including Black, Indigenous, Brown and LGBTQIA+ immigrants as well as migrant workers in rural areas.”

As a result of this groundbreaking partnership, Upwardly Global and GCIR will support a transnational workers’ movement aimed at advancing the economic power and security of immigrant and refugee women, galvanizing both philanthropy and the private sector to invest in this population’s well-being and ensure their successful social and workforce inclusion.

Upwardly Global is a national nonprofit whose mission is to eliminate employment barriers for immigrant and refugee professionals, and advance the inclusion of their skills into the U.S. economy.

GCIR galvanizes philanthropy to advance immigrant justice and belonging. Since our founding in 1990, we have played a critical role in the social justice ecosystem as a thought leader and an intermediary between philanthropy and the field. Our work has mobilized hundreds of millions of dollars in investments to address issues affecting immigrant communities across the country.

As the daughter of a Chinese-Thai father and a Filipina mother, I struggled with stereotypes of Asian American/Pacific Islanders (AAPIs), including being perceived as a “perpetual foreigner.”  When I was in kindergarten, my parents offered me the choice of learning Thai or Tagalog. However, my classmates were already teasing me because of my perceived otherness, and I roundly rejected learning another language because I was “American.”  I received compliments about how “well” I spoke English. And questions such as “Where are you from?” followed by “Where are you really from?” when my answer was unsatisfactory for my interrogator, started to trigger me.

GCIR's Response to Complex Challenges in 2022

In her first quarterly message of 2022, GCIR president Marissa Tirona highlights the importance of addressing the root causes of migration; supporting intersectional, transnational, and cross-movement work; and cultivating a thriving and durable immigrant and refugee movement ecosystem. 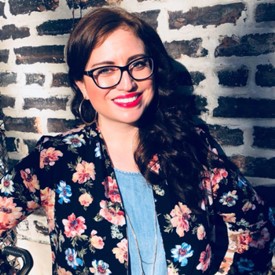 In this edition, GCIR President Marissa Tirona speaks with Katherine Perez, Director of the Coelho Center for Disability Law, Policy, and Innovation at Loyola Law School. Read on as Katherine shares her thoughts about building power for immigrants with disabilities, working at the intersection of movements, and how philanthropy can support and strengthen the work of immigrants with disabilities.