In this edition, GCIR President Marissa Tirona speaks with Kris Hayashi, Executive Director of Transgender Law Center, the largest trans-led organization in the country. Read on as Kris shares his thoughts about building power for trans communities of color, including trans migrants, and gives recommendations for how philanthropy can support and strengthen the work of trans-led movements.

Tell us about what brings you to this work and what motivates you to do it. 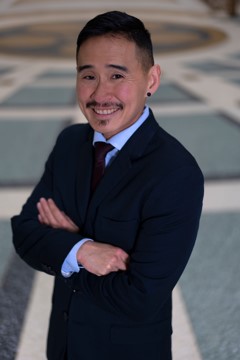 I first got involved in movement work in the 1990s in California during the height of a slew of anti-immigrant and anti-youth propositions. Around that time, I also joined Youth United for Community Action, an organization focused on social and environmental justice and advancing the leadership of young people of color.

What I took from my early experiences with movement building was the belief that the communities that are most impacted should be the ones leading the work. It also gave me an understanding as a young person of color that we could do it for ourselves, that we could have vision and organize and create strategy to make change. I’ve carried that with me throughout my work to this day.

We put these beliefs front and center in TLC’s work with Familia Trans Queer Liberation Movement (“Familia”) and the Black LGBTQIA+ Migrant Project (BLMP), particularly in our national campaign End Trans Detention. We center the leadership of Black and brown LGBT migrants throughout our work.

What are your organizational priorities at Transgender Law Center?

TLC is the largest trans-led organization in the country. With legal expertise and a commitment to racial justice, we do what it takes to keep trans and gender nonconforming people alive, thriving, and fighting for liberation. We use all the tools at our disposal, including impact litigation, policy advocacy, movement building, storytelling, narrative change, and public education.

Since 2014, immigrant rights have been a priority in TLC’s work. Trans migrants face unique challenges at every step of their journey, including disproportionate violence as they flee their countries of origin, barriers to accessing shelter and asylum, as well as physical abuse, sexual abuse, and neglectful medical care once in detention. Trans migrants make up 1 in 500 detainees but 1 in 5 cases of assault in detention. Through our advocacy and litigation, we aim to make these conditions more visible, to end the detention of trans people and other vulnerable populations and ultimately abolish ICE, and to uplift LGBTQ and trans voices and leadership within the broader migrant justice movement.

You have a lot of clarity around your personal and professional purpose. How do you maintain that clarity?

As a trans person of color, that’s where my heart is. I understand from personal experience that trans people face great barriers to everyday survival. As a young person, I sensed the world was not set up for me to survive. I’m committed to centering my community, knowing the ways trans folks are forgotten again and again across all movements, and how we are facing terrible violence and attacks. I also experience the way Black and brown trans communities, despite all the challenges, have beautiful and powerful ways of resisting, building power, creating community, being joyful, and celebrating each other. 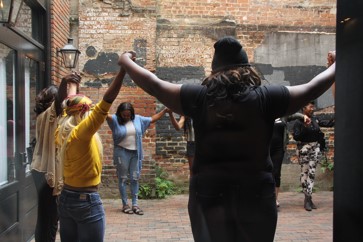 It is about being able to develop our vision and our strategy in line with broader movements for social and racial justice.

The Trans Agenda for Liberation is a clear example of that. When bathroom bills started to pop up around the country six or seven years ago, we were clear that trans leaders would need to fight for a seat at the table. We started holding trainings for trans leaders around the country on organizing, communications, and policy advocacy. This led to the formation of a national coalition of trans leaders, the majority of whom are Black, brown, and migrants. Out of that, the Trans Agenda for Liberation was created to serve as a guide for the trans movement as well as broader movements for social change.

Roxsana Hernandez, a transgender asylum seeker from Honduras, died while in ICE custody. What started as a campaign for justice for Roxsana grew into a larger call for trans migrant justice. This was a key moment in trans migrant organizing and power building, as we used litigation hand in hand with grassroots organizing.

You consistently bring an intersectional lens to the work. Can you name the challenges and opportunities you have experienced working across movements?

I first engaged in LGBT migrant organizing in 2004. Until very recently, we could not get the time of day from most funders.

Our close partner BLMP had the same experience when seeking support for Black LGBT migrants, who are particularly discriminated against due to their race, gender, and sexual orientation, and who face violence and lack of resources as a result. One response we received from funders was that we weren’t working enough in partnership with larger national immigrant rights organizations. But funders didn’t understand that this was not by choice and that larger immigrant rights spaces often did not include trans or Black migrants even as we advocated for them to do so. When a large migrant caravan came to the border in 2018, we had already been under-resourced for years and were limited in how we could respond to the emerging crisis.

There are still many foundations that fund immigrant rights but not any trans or LGBT work. If foundations understand that some communities are impacted by multiple systems of oppression, their support will help trans migrant-led organizations develop the voice and strategy to strengthen the social justice movement as a whole.

What can philanthropy do, and do better, to support and amplify this work?

Fund trans-led organizations and fund in ways that give us maximum flexibility to use all the tools at our disposal.

For every $100 awarded by U.S. foundations, only 4 cents focus on trans communities. In 2020, resources moved out of foundations in a way I’d never seen in over 20 years of doing this work. So, we know it is possible for foundations to give substantial, unrestricted support and to do it quickly. Philanthropy needs to trust in the leadership of movements and organizations.

Over the years, we trans leaders have taken proactive steps to facilitate philanthropy’s investment in trans-led organizations. To bolster the ability of small organizations to qualify for support, trans leaders created intermediaries like the Fund for Trans Generations, Third Wave Fund, and the Black Trans Fund to receive the funding and distribute it to the smaller grassroots groups. The Trans Justice Funding Project mapped out all the organizations in the ecosystem so funders could learn about their diverse roles. To help funders get buy-in from their staff and boards, trans leaders created Grantmakers United for Trans Communities to enable philanthropy to better understand why funding trans organizations is important, as well as a pledge that I encourage all foundations to sign. The next step is for funders to make the commitment and invest.

What is your vision for the next 5-7 years?

In five to seven years, we will end trans detention and be on the road to abolishing ICE. This is the moment—there is an opportunity now that did not exist before. If foundations boldly deepen support for trans and queer migrant work, particularly Black- and brown-led organizations, these organizations will begin to have what they need to flourish, build powerful movements, and keep our communities alive and thriving. 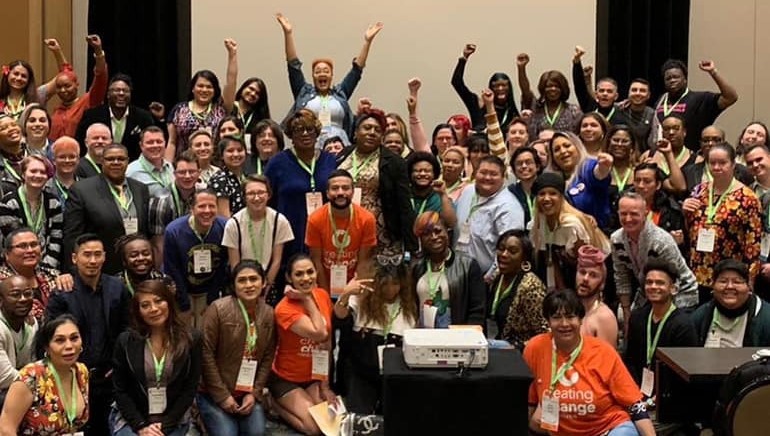