2020 Census Operational Adjustments Due to COVID-19

The U.S. Census Bureau is adapting or delaying some of our operations to protect the health and safety of our staff and the public and make sure we get the same population counted another way. Visit this page for the lates announcements.

Census Bureau to Resume Some 2020 Census Field Operations in Select Locations. The list of the Area Census Offices (ACO) is attached below.

Statement by former Census Bureau directors supporting the Census Bureau’s decision to extend the start of field operations to June 1, 2020.

2020 Census operational adjustments due to COVID-19.

COVID and the Count: Funders Confront New Challenges to the 2020 Census

COVID-19 lockdowns make it even more challenging to ensure hard-to-count populations are accurately represented in the 2020 Census. 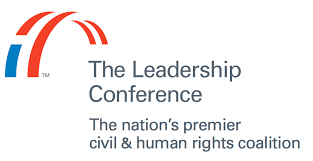 A joint statement on the suspension of field operations and the way forward for the Census during the COVID-19 pandemic.

2020 Census Operational Adjustments Due to COVID-19

2020 Census field operations will be suspended for two weeks until April 1, 2020.

Beginning today, in support of guidance on what we can all do to help slow the spread of coronavirus, 2020 Census field operations will be suspended for two weeks until April 1, 2020. The Census Bureau is taking this step to help protect the health and safety of the American public, Census Bureau employees, and everyone going through the hiring process for temporary census taker positions.

Fueled by xenophobia, racism, and hate, the current administration has sought from day 1 to dismantle America’s historical role as a beacon of hope and a land of refuge. 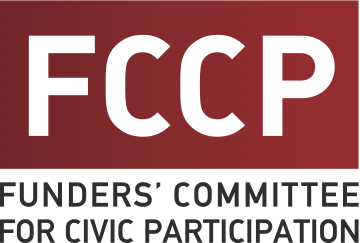 We Count and We Will Make Our Voices Heard

Today, the Supreme Court decided to block Trump’s citizenship question and asked the Commerce Department to further explain their reasoning for adding the question.

“We applaud today’s decision to block the untested citizenship question from the 2020 Census. The decision affirms that the Supreme Court saw through the Trump administration’s deceitful attempts to weaponize the census..."

In a voting rights victory, the Supreme Court today denied the Trump administration’s effort to include a citizenship question on the 2020 census.

United Philanthropy Forum commends the U.S. Supreme Court’s decision to affirm the District Court’s ruling to remand the case to the U.S. Department of Commerce.

Philanthropy Must Ensure Immigrants Are Counted

As an organization committed to equity and justice, GCIR believes every person deserves to be counted. We applaud the Supreme Court’s decision today to temporarily block the addition of a citizenship question on the 2020 census. This ruling is a victory for democracy, yet the census still faces significant challenges.

Census 2020: Inside Efforts to Make Sure Rural Communities Count

The 2020 census has put many foundations on a state of high alert. Getting an accurate count on the census is important because the data collected is used to determine not only representation in Congress, but also the destination of federal dollars.

The Trump administration's plans to add a hotly contested citizenship question to the 2020 census have suffered another major blow in the courts.

U.S. Self-Response Rates Map
An interactive map featuring self-response rates from households that responded to the 2020 Census online, by mail, or by phone. Rates can also be viewed in rankings. Developed by the U.S. Census Bureau.

U.S. Hard to Count Map
This interactive map shows the latest 2020 self-response rates in Hard-to-Count census tracts across the U.S. and compares results with those of Census 2000 & 2010. Developed by CUNY Mapping Service.

> The Center at Sierra Health Foundation