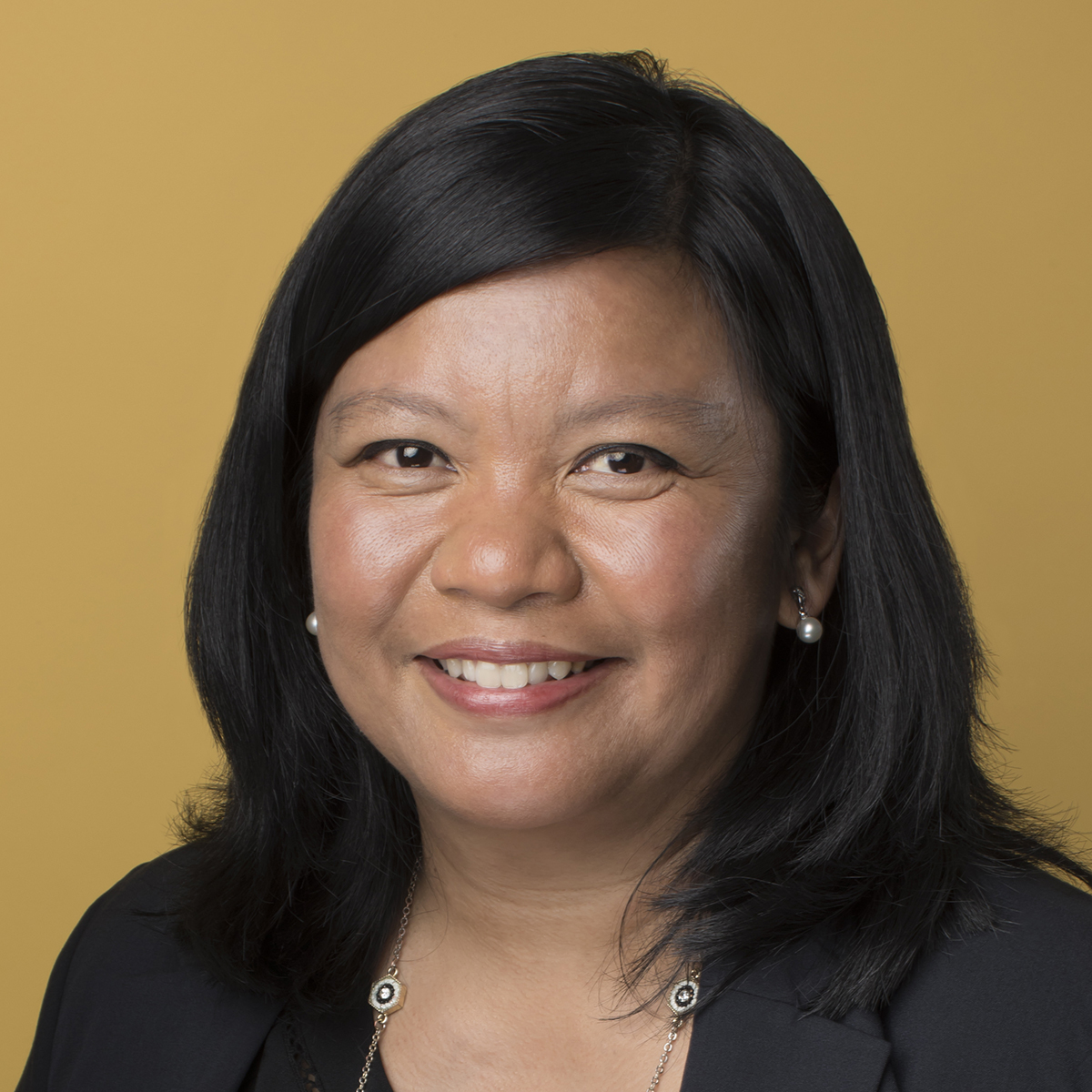 PETALUMA, CA – The Board of Directors of Grantmakers Concerned with Immigrants and Refugees (GCIR) has appointed Marissa Tirona as its next president, effective November 23, 2020. Tirona will succeed Daranee Petsod, GCIR’s founding president, who announced last year that she will step down from her role at the end of 2020 after leading the organization for more than 20 years. Tirona and Petsod will overlap for the remainder of this year, ensuring a smooth transition and handoff as Petsod exits the organization.

“We embarked on the search process with the hope of finding a new leader who has the courage, vision, and experience to take GCIR to new heights,” said GCIR’s board of directors in a message to the GCIR community, “one who can build on Daranee Petsod’s incredible legacy and help us galvanize philanthropy to build a society in which everyone thrives, no matter where they were born. We believe we have found that leader in Marissa Tirona.”

Tirona holds an impressive record of accomplishment, including more than 15 years of experience in the nonprofit and philanthropic sectors. She comes to GCIR from the Ford Foundation, where she currently manages a $225 million portfolio and serves as a program officer with the Building Institutions and Networks (BUILD) initiative, Ford’s flagship program designed to strengthen organizations and networks core to the social justice infrastructure. Before joining Ford in 2017, Tirona led the Blue Shield of California Foundation’s programmatic, policy, and grantmaking efforts to address, prevent, and ultimately end domestic violence and promote health equity throughout the state. Prior to that, she was senior project director at CompassPoint Nonprofit Services, where she designed and led comprehensive, multiyear leadership initiatives. She had previously served as program director of the National Employment Lawyers Association and, before that, as an employment attorney at two national law firms.

A hallmark of Tirona’s leadership is her proven ability to nurture powerful networks comprising diverse viewpoints and lived experiences. Tirona will draw on these skills to lead GCIR and its members toward an intersectional vision for social justice in which communities of color, including immigrants and refugees, are central. In the ever-changing and complex landscape in which GCIR operates, Tirona possesses a deep understanding of what is needed to lead and manage a thriving, adaptive, and impactful organization. In addition to serving as a senior leader in both social justice and philanthropic institutions, she has extensive management and organizational development experience, and is a certified coach. These are critical leadership tools that will ground GCIR as it reflects, adapts, and centers its partners and the communities it serves.

"As the great-granddaughter, granddaughter, and daughter of immigrants from the Philippines, I am honored to join the GCIR team in co-creating and holding a long-term vision that pushes philanthropic practice, creates platforms for GCIR members' and advocates' leadership, and amplifies the immigrant and refugee rights movements,” said Tirona. “I strongly believe that GCIR plays a critical role in the U.S. social justice system as connective tissue, leading-edge resource, and political home. It is exciting to imagine how GCIR will continue to evolve, grow, and deepen its work, and I am grateful to be a part of its future."

GCIR galvanizes philanthropy to advance immigrant justice and belonging. Founded in 1990, GCIR is the nation’s only immigrant-focused philanthropy-supporting organization (PSO). The organization works with its 130 member institutions, the 1,200 individual grantmakers in its network, partners in the field, and other PSOs to mobilize funder resources on the most pressing issues facing immigrants, refugees, and asylum seekers. In 2017, Inside Philanthropy named GCIR the Funders’ Affinity Group of the Year for leading funder pushback to anti-immigrant policies. GCIR’s work has informed and mobilized hundreds of millions of dollars to support immigrant communities across the country.

Ivy Suriyopas has been appointed as the new Vice President of Programs at Grantmakers Concerned with Immigrants and Refugees (GCIR), effective May 12, 2021.

The Hill We Climb: Building Forward Together

As an organization dedicated to advancing justice and equity for all, we at GCIR are appalled at the insurrection, violence, and rioting we witnessed earlier this week, which were direct consequences of the divisive rhetoric and oppressive policies promulgated by Trump and his enablers over the past four years.