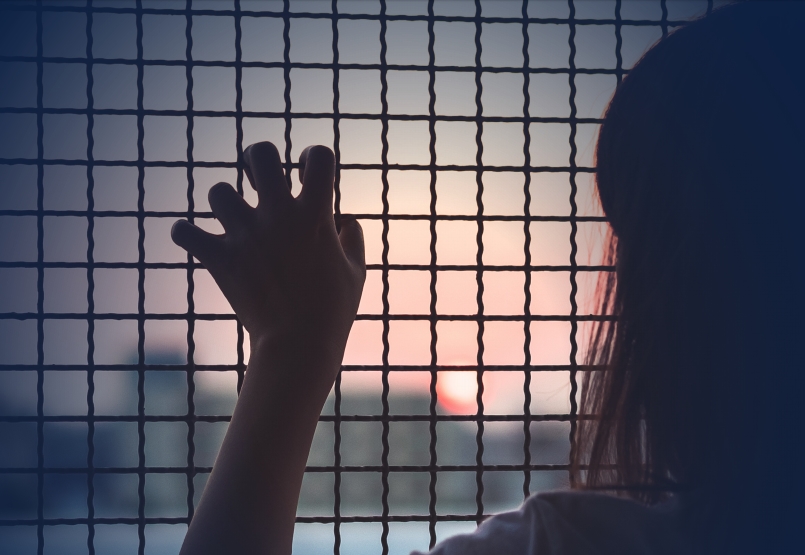 As the number of asylum-seeking families from El Salvador, Guatemala, Honduras, and Mexico arriving in the United States soared in recent years, the Obama Administration aggressively expanded family detention in an attempt to “deter” the arrival of others. The Department of Homeland Security (DHS) opened large detention centers to detain mothers and children. Although DHS has the authority to place asylum-seekers directly into immigration court proceedings, it continues to detain mothers and children and subject them to fast-track removal. Families and advocates have exposed the numerous ways that detention and fast-track removal jeopardize the well-being of asylum-seeking families. They have also drawn attention to the due-process violations caused by detention that prevent families from accessing the system of humanitarian protection created for people in their circumstances.

This report examines what happens when “family detention” does not actually keep loved ones together. Through its custody determinations, DHS splits family members—sending them to different facilities around the country—while failing to track and reunite those who arrive separately. While DHS claims that family detention keeps families together, the truth is that a mother and child who are sent to family detention will often have been separated by DHS from other loved ones with whom they fled—including husbands, fathers, grandparents, older children, and siblings. Minors who arrive with non-parent caretakers are often removed from their custody. These DHS custody determinations that divide families do not occur in a vacuum. The administration has targeted these families, while Congress maintains a controversial directive to fund a minimum capacity of 34,000 noncitizen detention beds.

This report profiles the experiences of five asylum-seeking families who are divided by detention. It provides a preliminary analysis of how this separation occurs, and the impact this separation can have on families’ well-being and ability to access humanitarian protection. The families interviewed express that separation negatively impacts their mental and material well-being. Four attorneys highly experienced in representing detained asylum-seeking families interviewed for this report argue that being split up also negatively impacts families’ ability to access protection. Families bear the burden of tracking down their loved ones, worrying about their well-being, and attempting to link their cases. Multiple adjudicators across the country may rule on the same case, while only hearing a piece of the story. Ultimately, it is possible that family members who fled their country for the same reason may receive inconsistent decisions in their cases. This report calls for further research into these issues.

Separating families has countless negative impacts, while allowing them to stay together has numerous benefits. Doing the latter would allow the U.S. government to better uphold its various commitments to family unity and parental rights in immigration enforcement activities, support the well-being of families, give them more effective access to humanitarian protection, and prevent the unnecessary waste of government resources.

Get Out The Count: Field Guidance 2.0

SACRAMENTO – On Monday, July 27, California’s Census campaign will kick off a focused two-week push to urge Californians to fill out the 2020 Census form.

Santa Cruz — Today, the COVID-19 Farmworker Study Team announces the completion of statewide survey of more than 900 farmworkers in California, which provides unique insights into the experience of