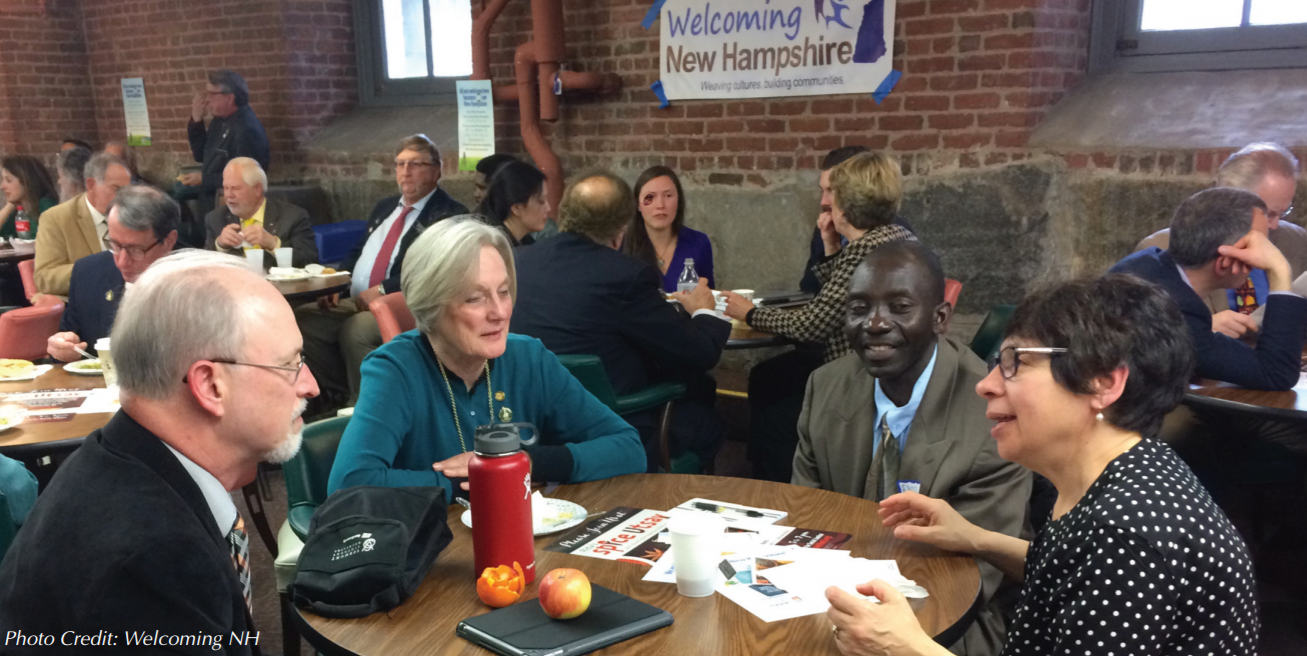 "Many of the towns, cities, industries and small businesses that characterize northern New England can trace their current prosperity to the labor and innovations that immigrants, from as close as Canada and as far as Bhutan, have brought to the region over two centuries. While New Hampshire has a rich history of immigration, the state’s population remained predominantly white. In the early 2000s, though, the population began to change. From 2000 to 2010, racial and ethnic minorities accounted for more than half of the state’s population growth. In 2018, 20 percent of Manchester and Nashua’s residents are people of color. The youth population is the most diverse; nearly one in three children living in Manchester today are from communities of color.