SCOTUS Decision Preserves DACA—For Now: How Philanthropy Can Support Immigrants in the Months Ahead

First enacted in June 2012, Deferred Action for Childhood Arrivals (DACA) has been life changing for nearly 800,000 young immigrants and their families. Granted a temporary reprieve from deportation and work authorization, DACA recipients have been able to pursue their goals while contributing in innumerable ways to our society—socially, economically, civically, and culturally. Yet the Trump Administration terminated the program in September 2017, casting the fate of DREAMers and their families into doubt. Following years of litigation, on June 18th, 2020 the Supreme Court blocked the administration’s attempt to end DACA. While the Supreme Court’s decision provided a hard-won reprieve, the technical grounds on which DACA was preserved leaves the door open to future attempts to roll back the program—something the administration announced its intent to do following the ruling. While the future of DACA is uncertain, what remains clear is that immigrant-serving organizations will require support in the months ahead as they navigate the dual tasks of helping young people qualify for DACA as well as preparing for the next attempt to eliminate the program.

Though organizational strategies are evolving as new information comes out of the White House and USCIS, there are emerging themes of the types of activities where philanthropic support will be critical, including: legal services provision, community outreach and education, advocacy and organizing, and mental health support. In addition, the unique challenge of responding to DACA during the COVID-19 pandemic and the nation’s reckoning with racial bias suggests flexible core support will be essential to helping organizations successfully manage multiple crisis.

In June 2012 the Obama administration announced the Deferred Action for Childhood Arrivals (DACA) program, providing temporary work authorization and protection from deportation to eligible undocumented immigrants, after legislators failed to pass more permanent relief for more than a decade. During this time, young immigrants and their allies had led the movement that led to the program’s creation, and nearly 800,000 immigrants who came to the United States as children were eventually granted DACA. DACA status made it possible for them to further their education, secure professional certifications and licenses, and work in the formal economy. It also allowed them to obtain health insurance, driver’s licenses, and auto insurance, as well as fulfill basic needs that many often taken for granted. Critically, it also provided a sense of safety and security as well as a greater sense of belonging. At the time of the Supreme Court decision, an estimated 650,000 individuals currently held DACA status.

Who Are DACA Holders?

Data from the U.S. Citizenship and Immigration Service (USCIS) show that the vast majority of DACA recipients came to the United States from Latin America, with 79 percent from Mexico. The next largest group of recipients came from El Salvador, Guatemala, and Honduras. South Korea, Philippines, and India are the top Asian countries of origin. A 2015 survey found that 57 percent of DACA recipients lived in a household of four or more people. A quarter were the parents of U.S. citizen children; nearly 60 percent had a U.S. citizen sibling; slightly over half had a U.S. citizen family member; and a quarter had family members with permanent residency. Although USCIS data do not provide information on race, sexual orientation, and gender expression, the DACA population includes black and indigenous immigrants and immigrants who identify as LGBTQ. In the current environment of heightened hate and bigotry, DACA recipients of color, those from indigenous backgrounds, and those who are LGBTQ are especially vulnerable

What Did the Supreme Court Decide?

The Trump administration had attempted to completely shut down the DACA program in 2017, first by rejecting any new applications, and second by refusing to renew DACA status for any individuals protected by the program at the time. Lawsuits brought in district courts forced the administration to continue processing renewal applications, but the bar on new applicants remained. The case recently heard by the Supreme Court was a consolidated review of related claims brought in numerous independent lawsuits that challenged the Trump administration’s termination of the program; the primary complaint was that the administration did not take the appropriate legal steps necessary to end the program, and therefore was unlawful. Ultimately the Supreme Court agreed that the administration had acted unlawfully and in violation of the Administrative Procedure Act, by among other things, failing to adequately assess the impact the termination of the program would have and offering a “reasoned explanation for its action.”

Separately, another case on DACA remains open in a federal District Court in Texas. Brought by the State’s Attorney General in 2018, and joined by numerous other states, the lawsuit challenges the legality of DACA itself, arguing that former President Obama exceeded his executive authority in creating the program in the first place. The case had been on hold as the presiding judge anticipated the Supreme Court decision could render the Texas moot if the Supreme Court affirmed that Trump’s

termination of the program had been done lawfully. That case now resumes, meaning there remain two threats to DACA: 1) a second attempt by the administration to end DACA lawfully, and 2) a decision in the Texas case that DACA itself was illegal—a ruling that would likely be appealed to the Supreme Court.

What is the Impact of the Decision?

For DACA holders and their family members—a community that numbers 1.5 million when those living with DACA holders are taken into account, as well as their 250,000 U.S. citizen children—the Supreme Court’s decision is a temporary reprieve. For nearly three years these individuals have lived in fear that their legal status would be revoked and their families torn apart as the administration pursued deportations, something Acting ICE Director Albence committed to doing earlier this year in the event of DACA’s termination. The court’s decision means that for now, these individuals can continue seeking renewal of their status and work authorizations, as well as remain free from the threat of deportation. However, given the tenuous nature of the court’s decision—essentially a temporarily perseveration of the program on a technicality—the threat of eventual DACA termination looms large. The mental stress of being on edge for years is also taking its toll on DACA holders and their families, a situation exacerbated by COVID-19’s disparate impact on communities of color and immigrants.

An additional possible impact of the decision will be expanded legal protection for some number of currently undocumented community members who may choose to apply for DACA status before the administration’s next attempt to terminate the program. Though a potentially risky proposition given the tenuous nature the DACA program’s status, some individuals and organizations are exploring this option.

In the wake of the Supreme Court decision, immigrant-serving organizations have been fielding inquiries from community members and requests for legal assistance. In addition to the immediate need to provide clear information in multiple languages and assist with DACA renewal applications, organizations are also weighing what it would mean to support first-time DACA applications, which are more labor intensive, and also involve a potentially heightened degree of risk for individuals. In all instances, community education and legal services will have to be provided within existing social distancing guidelines. At a macro level, the immigrant rights movement is continuing to push for a permanent fix for not just DACA recipients, but their families and the broader undocumented community totaling nearly 11 million individuals across the country. This work comes at a time that organizations are already stretched thin in responding to COVID-19, and against the backdrop of an increasingly acrimonious election landscape with immigration issues likely to feature prominently.

What Can Funders Do?

Strategic philanthropic support will be critical during this period of uncertainty. To this end, funders can:

The eventual fate of DACA has significant implications for a wide range of philanthropic priorities, including health, housing, education, employment, and asset building, among others. Responding to DACA is also inextricably linked to efforts to address the impact of COVID-19 in immigrant communities across the country. GCIR is prepared to help foundations support response efforts on multiple fronts; please contact Aryah Somers Landsberger at [email protected] and Kevin Douglas at [email protected] for additional information and technical assistance. 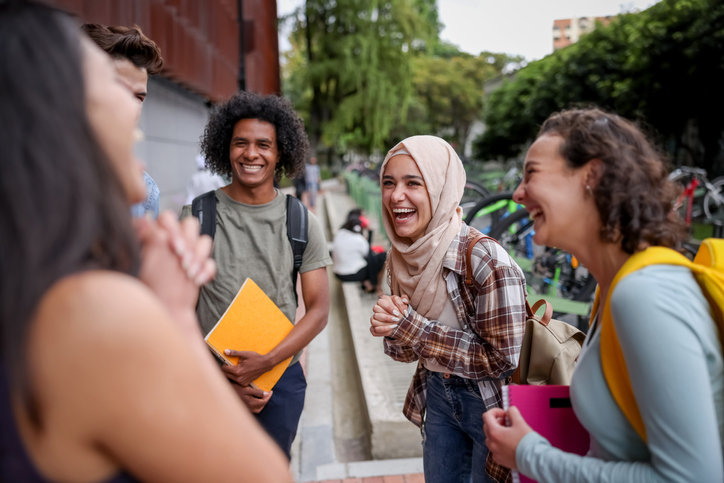 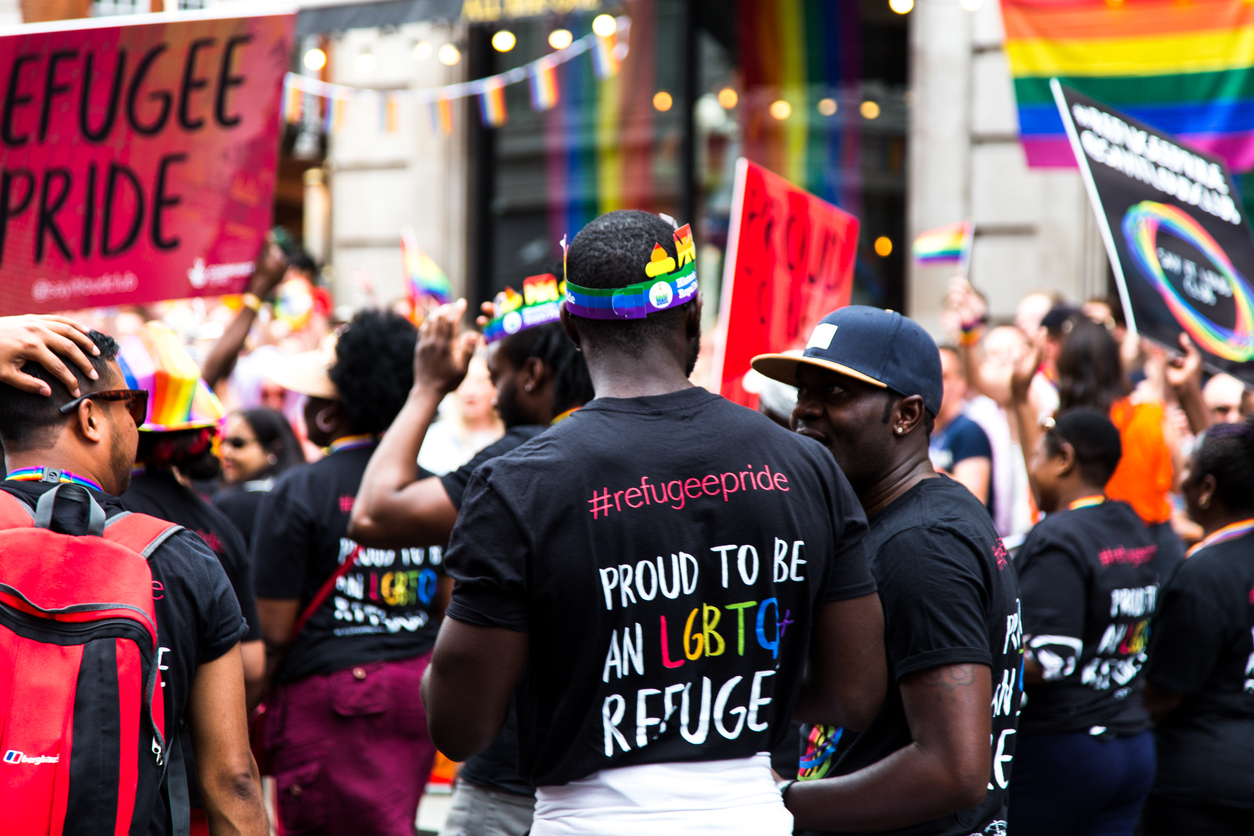