A Primer on Divesting from Immigrant Detention

Home > A Primer on Divesting from Immigrant Detention

When:
Tuesday, June 25, 2019 -
Where:
Webinar
Register for Details
Registration:

When families and unaccompanied children seeking asylum at the border and long-time residents living in our communities are detained by immigration enforcement, they are most often sent to privately owned and operated prisons and detention centers. The companies that run these facilities, which have quadrupled in number over the last decade, profit as separations and detentions increase, as do their shareholders. These companies are simultaneously expanding their capacity to influence immigration-related policies.

Divestment by foundations from the prison industrial complex is a critical part of the battle against mass incarceration for communities of color. Foundations who have been grantmaking to support the movement to reduce mass incarceration have also embarked on an analysis of the investment side of their organizations to divest from prison companies. A growing number of foundations are making grants to prevent families being separated by our immigration system, to reduce detention of immigrants and asylum seekers, and to prevent the trauma and abuse that occur in detention. Yet many institutions simultaneously remain invested in the immigration private prisons, and even the larger prison industrial complex that profit from these practices against all communities of color.

Join us for a “how to” conversation on how foundations can divest from the prison industrial complex. We will consider how philanthropy can follow in the footsteps of recent divestment decisions by JPMorgan Chase & Co, New York State, the United Methodist Church, and General Electric, among others. We will discuss how to raise these issues at your foundation, how to positively engage investment committees, and how divestment is part of a spectrum of corporate accountability measures.

How to Divest from Immigrant Detention: A Philanthropic Primer

Foundations can demonstrate their values and support immigrants and their communities by joining the movement to divest and reinvest.

Materials: A Primer on Divesting from Immigrant Detention

Find all program-related materials for the webinar, "A Primer on Divesting from Immigrant Detention" here, including presentation and recording.

The Edward W. Foundation adopted the following policy language in its effort to screen out any companies with a business model that relies on mass incarceration. 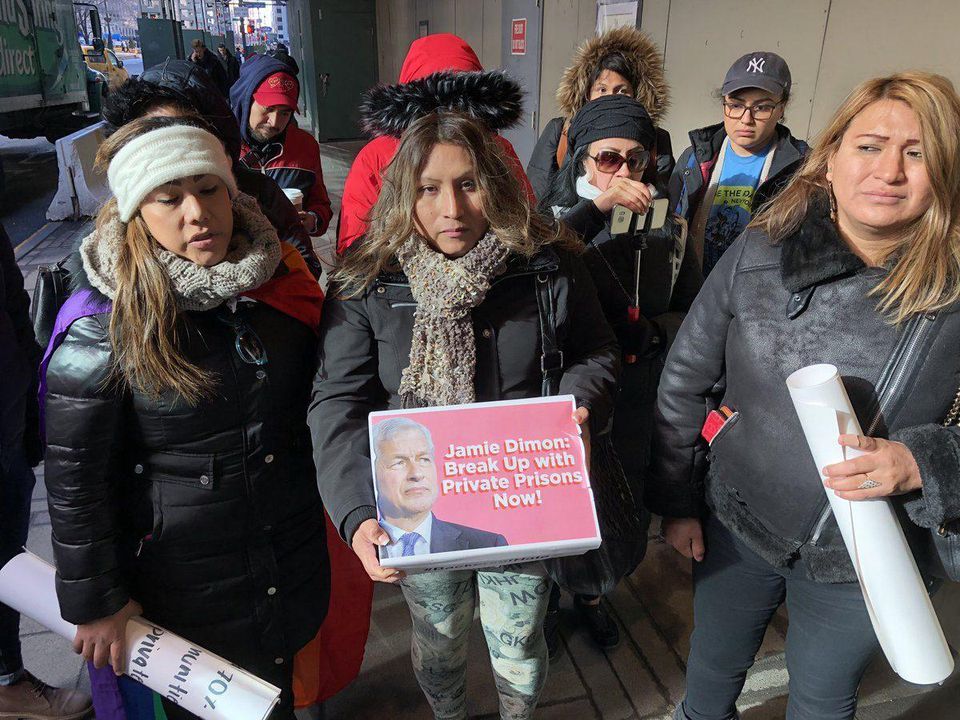 JPMorgan Chase announced early this morning that they will stop financing GEO Group and CoreCivic — the largest operators of private prisons and immigrant detention centers in the U.S.

This report covers the business of immigrant detention, including the number of people detained, for-profit company involvement, the role of government agencies, and the number of facilities involved.